When you don’t have money for a big exciting TV package, you have to settle for what you can get in Comcast basic limited cable. That’s what I do, anyway.

As my career as a journalist dwindles, and as my career as a musician never takes off, I am stuck making do with many things. Hence, my brain gets addled by watching awful network TV, which occasionally redeems itself with sports programming or the Thursday night NBC comedy lineup. Or the late-night re-runs of “South Park” on WGN. PBS also offers decent documentary stuff and “Antiques Roadshow” and the occasional British police procedural, usually very well-made, often putting to shame its American counterparts. (Honest, I only watch the execrable David Caruso on “CSI Miami” when I am absolutely hard-up for something to watch. Even then, I’m just waiting for Emily Procter to enter the screen.)

But I also feel very blessed that I can get C-SPAN, which I have come to watch pretty religiously. I mean, why watch a bad sitcom when you can see our actual legislative representatives and national leaders doing hilarious things in real time? And there’s hardly ever a re-run!

You can see the Brits and Canadians trying to manage a country too. Plus, C-SPAN delivers good interviews, mobile programming from around the country and the proceedings of political confabs of every stripe, not to mention the actual workings of the U.S. Congress, votes and all.

So there is much to learn watching C-SPAN, and I’d venture to say that I am better informed via my TV regimen than the average person with a fabulous cable package, mainly because a person with many choices would never opt for bland-looking, almost sepia-toned C-SPAN.

But here’s the dirty secret about C-SPAN: It has foxy ladies doing interviews and talking-head stuff on its “Washington Journal” early morning call-in show.

C-SPAN may be the last place in the world you’d expect to see hotties, but there they are: sexy chicks for news junkies.

Take Libby Casey. A correspondent for Alaska Public Radio, Casey moonlights with C-SPAN, and she’s a smoking hot babe in the Sarah Palin tradition. (Must be something about the air in Alaska.) I’m guessing Casey wears those Tina Fey/Palin glasses to distract us from the fact that she’s beautiful. But the fact is, that by wearing the glasses, we are compelled to look

beyond them, and then imagine what it would be like to be behind closed doors with her when she seductively removes them (the glasses, I mean). Casey is very prim and precise and calm and cheerful in her anchor duties, but it’s hard to avoid imagining the potential for smoldering sexuality that must lie within. 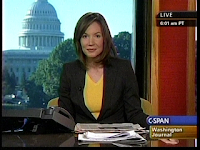 Then there’s Greta Wodele Brawner. She’s been on C-SPAN for about five years, but she still looks like she’s fresh out of college. If Libby Casey is the C-SPAN sexbomb, then Greta is their girl-next-door. She’s pretty and petite--really petite--and she looks great in pastels. 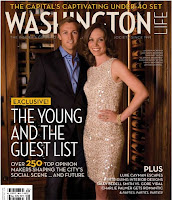 She also made the cover of the Jan. 2010 Washington Life magazine, looking slinky and sparkly and sophisticated. Greta has well swallowed the C-SPAN Kool-Aid: She is poised and almost hypnotically controlled on-set, quietly eliciting answers from guests and sweetly saluting phone-callers nationwide. Greta’s the girl you wanted to marry. And, in all likelihood, didn’t. 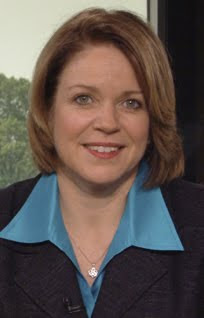 Which brings us to the grand dame of C-SPAN, veteran reporter/interviewer and C-SPAN executive Susan Swain. Swain’s an interesting case. She’s in her mid-50s. She’s a Catholic school girl all grown up who has excelled as a journalist and C-SPAN boss, yet she also performs with grace and control. She’ll be a little more aggressive in her questioning of guests as need be, but obviously that’s because Susan has been around and can sling it with the big boys. Nevertheless, she has that characteristic C-SPAN understatedness that bespeaks blessed civility, where a citizen can believe that productive discourse still really exists.

Of course, we can’t overlook that Susan is a pretty cute lady. Categorizing her as a cougar would be going a bit far, I guess, but Susan apparently likes Shakespeare, and I’m sure there are plenty of guys--young or old--who’d love to do a balcony scene with her.

So next time you zap the remote control past C-SPAN, on your way to HBO or ESPN 2 or TV Land or the Food Network or the thousands of other cable options you’ve got--just remember that there are hidden treasures of brains and beauty you might be missing.

Viva the C-SPAN babes! Long may they...uh...interview.
Posted by Martin Brady at 5:57 PM

Can't say that I agree with your taste buddy...

Many's the day I've been late for work because I can't tear myself away from the tv when Libby Casey is on. Holy smokes, she's a hottie - and I don't like her in spite of the glasses but because of them, as I'm a sucker for the sexy librarians. Plus, every so often when she turns to a 3/4 angle you get the tantalizing hint that she's got a helluva rack on her, too.

Near as I can tell, she's just about the perfect woman.

I think it's important to note that my original post was intended as a kind of satire. The idea that C-SPAN is promoting "hotties" was certainly NOT my point--and is certainly not the reality. And this isn't about my "taste." Lighten up and have fun. That is the point.

Many thanks for reading and commenting.

they are wonderful beautiful smoking babes

Of course C-SPAN will prefer to put a young hot girl on TV. It gets people to watch. Let's all be honest with ourselves for 10 seconds! People like to look at attractive people! Oooh! Gasp! YOU CAN'T SAY THAT! Well, I just did and there's nothing wrong with that! They're hot and they're fun to look at. Get over yourself all you PC-obsessed people.

It's Jan 10, 2012 on Washington Journal, and Libbey is super hot today. I'm so glad I got up to check this morning.

I haven't seen Greta lately and I hope to never see her again. She is the all-time worst host C-SPAN has ever had. Stiff as a board and shows her political preference with her face and body language. Watch who she cuts off abruptly without comment or apology. Color her red.

I must have a real obsession with the C-SPAN hotties because on two different occasions now, my Google searches have brought me to this terrific bit of blogger journalism. Thanks for taking the time to write what just had to be written. To the anonymous commenter who said Greta Brawner is "the all-time worst host C-SPAN has ever had", I doubt I could disagree with you more. She is a shining light of all that C-SPAN could and should be. She most certainly does not show "her political preference with her face and body language", and can't be easily colored red, blue, or into a corner. Uhmm color her awesome.

Libby is beautiful, as is Greta. I believe Greta is expecting another child at the moment as she appeared pregnant the last time I saw her on C-Span. I wonder if Libby is spoken for.

Great article thanks! Greta is pretty but Libby is beautiful and subtly sexy (glasses included!) as Susan Swain was in an earlier day.

At first I thought Greta had to be Susan Swain's daughter, she was so much like her. Am I the only one?

Libby seems to have inner conflict with her looks and appears to go out of her way (until recently) not to look her best. Why some women feel looking good distracts from their credibility is a mystery, but what do I know? I'm a guy.

Greta is always well put together, but I'm still a Libby guy, even if she sometimes looks like she just crawled out of bed at 6:55 AM eastern. Maybe her haphazard style adds to her aura of mystery. How potentially beautiful can she be?

Yeah, LIbbey is sweet. She's no Kiran Chetry, but her calm, pleasant demeanor; her intelligent questions of callers and guests; her ready smile; and, yeah, her figure--put it all together and I'm smitten!

Libby Casey today had a sleeveless dress on and glasses off. My god what a lovely creature. Another reason to watch C-SPAN.

Blame it on my non-youth:)

Love C-span. Substance over the drivel that comes on the major cable & network news shows. Plus Libby is sooo hot & Greta is such a cutie pie.

Libby is the perfect woman: tantalizingly out of reach, yet INTENTIONALLY compelling you to watch her— fully aware that you are challenged to remain— to see her, maybe just once a week, to rarely break an opening in that cooly cast facade, promising you that there IS much more depth behind those eyes than just "expert journalism". And what our eyes are allowed to see is only a twinkling glimpse, the tip of the passion layered beneath this beautiful iceberg. I admit it. I'm in love...Okay? Is that what you wanted to hear?! There! I said it! I hope you're satisfied!

I thought I was the only one watching CSPAN, not only for it's intelligent content, but also for it's visual EYE CANDY! I think I saw Libby's first show, she caught my eye right away. I remember thinking, "who in the xxxx is that?" I was hooked. Brian Lamb is a genius.

I think Susan Swain is incredibly attractive and just the type of woman I'd love to have dinner with. I've had a crush on her for years.

Greta Brawner is awesome. Decade older than me, but I'd fo sho want to be intellectually dominated by her.

I LOVE Susan.. She is so intelligent and confident in her speech without being grating or showy.. I have never heard another woman like her on television or in real life. Super sexy.

Some people are into nerdy chicks and soccer moms......to each his own. But calling average looking people beautiful is entirely overrated.